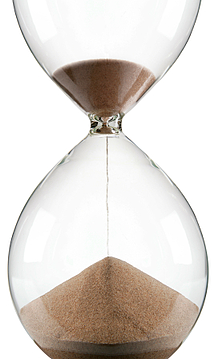 Assuming those software companies stopped actively developing for the 2003 Operating System years ago; they are likely still supporting the applications that run on it. After Windows Server 2003 end of life on July 14, 2015, they'll have no reason to continue to support that version of their software. The implications of this reality run far and wide. Your Line-of-business software is surely affected, as are any other random software applications you are using.

Honestly, when was the last time you called any support company regarding Windows Server 2003? It’s not that you will no longer be able to call and get technical support from Microsoft that really matters. What really is cause for concern is that Microsoft and security software vendors will likely stop patching, updating and supporting their software. And conversely all the hackers in the world can’t wait to attack the soon-to-be vulnerable server operating system!

With any business risk comes opportunity and the same holds true for Windows Server 2003. This is a great opportunity for you, as a business owner, to assess if you need to keep running physical servers at your office, should you move to the Cloud, or should you virtualize your applications into a redundant server cluster? ANP has created a limited time free Windows 2003 Survival Assessment Kit to help you inventory the risk, and assess what is the best path for your company and your applications to take.  The bottom line is that you're running out of both time and options when it comes to removing Windows Server 2003 from your company. But, whatever you do, make sure that Windows Server 2003 is off your network by July 14, 2015.

Get Started Right Now: If you would like to learn more about what your next steps as a business owner should be sign up for my 30-minute educational webinar below where I will describe the risk in detail and lay out the most common upgrade/migration paths for a small business owner. Or sign up for our Windows Server 2003 Survival Kit and begin to actively assess your server exposure.