Avoiding IT Surprises – Part One 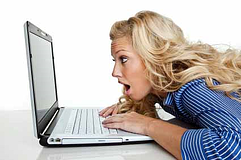 When was the last time you were surprised by a major, not to mention unplanned, business disruption or IT expense?  If you’re like most small and mid-size businesses, it was probably in the last six months, and wasn’t the first time you were surprised either.  Misery loves company, and unfortunately you’re not alone.  Unplanned IT downtime and unexpected capital investments are unnecessary business issues to contend with.  This blog reviews the most common surprises you and your peers have probably experienced.  Part two, following next will outline root cause, but more importantly outline some strategies to avoid them in the future.

So what are the most typical IT surprises that if you’re not discussing with your staff or your outsourced managed services provider, you should?  Let’s start with hardware; servers, workstations, switches, routers, and firewalls.  Hardware manufacturers typically publish “mean time between failure” data.  It’s a straightforward statistic that says after so many hours, the likelihood of a failure dramatically increases.  For a server it’s usually about 4 years.  For switches and other network appliances, it can be even longer.  When was the last time you had a discussion about the age of these critical IT infrastructure components?

Next on the hit parade are capacity issues.  Is your business in a growth mode?  Are you adding employees?  Expanding into new remote offices?  Are you doing more and more with internal systems that interface with your customers?  Here are a few potential capacity issues to be alert for: disk space is relatively inexpensive, but randomly adding storage over time introduced unneeded organizational complexity and increases the risk that critical data isn’t backed up.  As Internet bandwidth capacity increases, and cloud based resources are more readily adopted, network components frequently overlooked can quickly become “choke points.”  The growth of server virtualization removes the capital expense of new physical servers, but doesn’t make the need go away. All too frequently, “server sprawl,” the unnoticed growth of virtual servers, results in a condition where the business continuity redundancies inherent in a virtualized infrastructure become diminished and an unplanned outage can be on the horizon.

The third category of potential surprises centers around domain name registrations, maintenance agreements, and licensing.  If domain names and SSL certificates, associated with your web sites, email, and e-commerce expire, you’ll be exposed to complete service outages.  It continually amazes me how often a new client has expirations (leading to unnecessary business disruptions) on the horizon that was unknown to those responsible.  Maintenance agreements and licensing are recurring cash flow items that easily become lost in the shuffle of daily business activities.  More and more of the manufacturers provide reminders, but these costs can quickly add up, not to mention reinstatement charges if expiration dates pass.

Last, but not least, is the increasing frequency of network and systems upgrades resulting from regulatory audits.  Audits generally result in requirements to perform unplanned equipment upgrades and make changes to IT operational practices; some of which can necessitate tapping external resources on an ongoing basis. Stay tuned for my next blog for IT root cause and IT strategies. 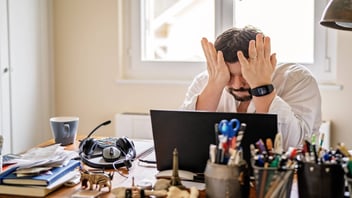